Host a clan or guild website configured by Matt Russell for the best hosting performance.

A Clan/Guild web hosting (Host a clan or guild website) is a specific kind of web hosting service designed basically to aid players in online gaming communities who come together to combine forces as a team, often referred to as guilds or clans.

In video games, a clan or guild is an organized group of players who play together in multiplayer mode.

Many guilds take part in gaming competitions, but some guilds are small gaming teams consisting of friends, guilds can range from a few friends to a four thousand player organization, with a wide range of goals and structures. 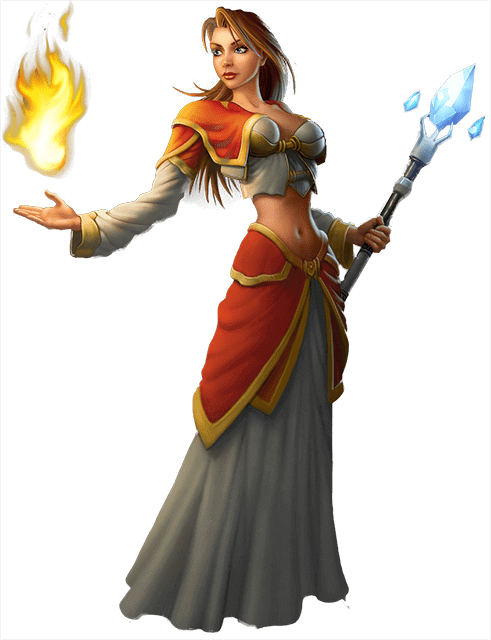 Guild hosting services give you an online presence and allow members to communicate with other guild members within and outside the game. Guilds can set up their sites on their own, but setting up and maintaining a site requires maintenance, upgrades, and new software.

That is why we focus on relieving guilds from the stress of site maintenance by hosting the sites, thereby freeing you to spend more time playing the game.

In the past, when gaming was beginning to develop, most gamers who created web servers for their guilds had to use bulletin board software, but as online games began to develop, and become more complex. Guilds search for more advanced features and turned to specialized services like our hosting site to satisfy their needs.

Things to know about Clans & Guilds in Games

Clans on Xbox, PlayStation, and PCs have websites hosted by guild web hosting sites like PEDatacenter, with forums to interact and discuss certain topics with each other. They may offer in-guild awards for clan achievements from time to time, depending on how they see fit.

As the chars of each guild member grow, the guild participates in more raids for collective growth and campaigns for individual growth. The guild expands and enhances the friendship growth within guilds and with other guilds and has fun while playing games.

The design of the Clan and Guild games you should know

Guild can be designed in whatever way the guild master officers can be chosen with ranking degrees of authority and an officer who is usually online. Also, you can guild at all times, as guild members are from all over the world, and there are different time zones. The guild members can be logged in at different times, which usually means there is always one player or more online at all times. To enjoy flexibility and custom platform, you need our Clan/Guild web hosting.

Guild members and officers actively recruit members. When guilds are formed, they accept any player who wishes to join. Some of the guilds stay, some only come to check out the game, but as time goes on, the guilds only accept players who are of high level and can actively contribute to the guild growth of the server. With that, new players are allowing joining in the game.

Things you should know about clan & guild website hosting

We at PEDatacenter seek to upgrade the group gaming experience for guild/clan members. Also, we offer plenty of features for that purpose only, ranging from recruitment and communication tools to game integration and game customization, there are plenty of options available for you to make your choice.

PEDatacenter is prepared to give players all the things they need to enjoy gaming fun and excitement. We have an array of features that will make communication between players easy and smooth

Also, the Clan and Guild game required effective communication among players to make the game fun and interesting. We are out to give you amazing gaming experience with the best Clan Guild Minecraft game available on the internet. You will always get the features you need to make your gaming satisfying without anything to worry about when you choose the best hosting platform.

So, sit back to watch as we unfold the reason our web hosting service is the best for all gamers on the internet.

There are a lot of things to put into consideration when you want to select a hosting company for your game server. The number one factor to consider is the licensing of the hosting company. With an increasing number of server hosting companies on the internet today, it is difficult to find the one that will be ready to render quality service to you.

More so, the majority of the hosting companies advertising themselves online are not licensed by the required authority to host game servers. Hosting your game with such an unlicensed and unreliable hosting company can put your server into a serious mess at the end of the day.

There are many reasons you should stick to the ClanGuild web hosting (Host a clan or guild website) team on the internet, and you will learn about that as you read to the end of this article.

Guaranteed 99.99% uptime: One of the things that made us the giant in the game hosting is that we assure the highest uptime possible for all servers hosted by us.

There is nothing as discouraging as a lagging game server. No matter your gaming expertise, playing with a lagging server can compromise your ability and increase your risk of losing the game. So, if you want to avoid armature gamers to defeat you in the game, you should make sure that you host your game with us.

Customer support is essential for anyone looking for excellent hosting service. Hosting service involves a lot of technicalities. So, you need the help of the professional team to solve most of the problems that will come on your way. We are available 24/7 to provide you with excellent customer service on all our hosting services.

Since you will not like to struggle with your game server when you are in a fight with your clan, you need our lightening speed host server. With our years of experience in server hosting, we know the underpinning in doing the job, and will always assure lightning speed to all the servers hosted by us.

Join among those that will benefit from our reliable gaming experience and you will be glad that you did. You will find out the surest ways to make sure that your clan continues to win the opponent as you host your server with us.

Affordability assured to all gamers

We are aware that you do not want to spend a lot of money to enjoy the games provided on the internet. That is why you have made all our game hosting services as affordable as you can imagine. Also, our ClanGuild web hosting (Host a clan or guild website) online platform is created with the mind of meeting the gaming needs of everyone on the internet.

We know that you want to enjoy the amazing gaming experience with clan or guild game role-playing game, and have decided to offer you a bonus for hosting your game with us. Make sure that you consider checking out for our promotional offers to know the one that will always meet your needs today. 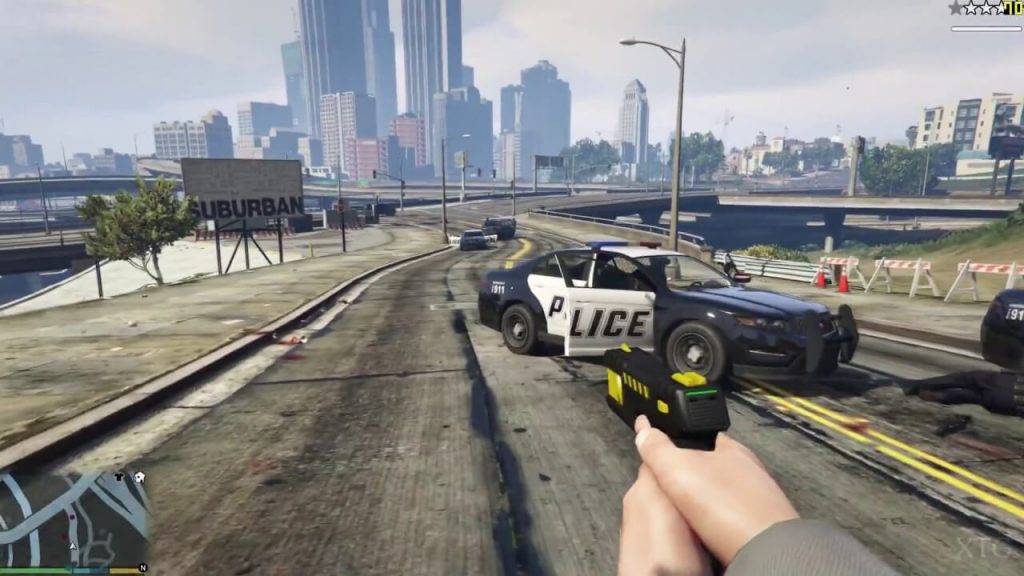 Guild hosting sites like PEDatacenter offers you the ability to save time otherwise spent on recruitment, when one views a guild site they can easily see what level, class combinations a guild is looking for.

The services offered at PEDatacenter are:

Some of the things you should know about our web hosting

For MMORPG guilds, DKP is an important part of group play. Both the guilds and individual players use different kinds of DKP systems, depending on the game you are playing. So allowing your guild hosting site to do this task reduces the confusion and disagreement that would otherwise be higher if a fellow player was to share the loot.

We have a solid DKP feature in our Clan/Guild web hosting. So, if you are going on raids or combining forces to defeat a boss, we ensure that all is fair in loot sharing.

Getting our PEDatacenter guild hosting service will surely aid your guild or clan regardless of its size. Gaming groups are learning that this type of web hosting is a better networking solution compared to other models.

There are numerous reasons why you need to get a good guild web hosting website that understands your needs and requirements. Since we know the communication requirements of gaming communities, hosting solutions are easily provided by our hosting sites.

Different software widely known among guild hosting websites, such as bulletin boards, forums and chat are configured, and included in our guild hosting plan. If you do not require all of these options, it is still important as you may expand your clan shortly. We ensure you are spared of all future worries in the case that your guild decides to use new features or expands.

Some more things we offer for your clan/guild website

We also streamline the recruitment process. If you are an established guild, looking to expand, our recruitment features will suit you just fine. Our hosting platform allows you to customize your recruitment application, add some advanced criteria, submit recruitment requests, and manage incoming applications effectively.

Many people go for video game for various reasons, such as competition, fun, gambling, and more. They often appear as multiplayer game competitions among the guilds or expert gamers. It also allows for a spectator mode, which ranges from simply allowing players to watch to give spectators access to information that players may not have.

Here at PEDatacenter, we offer all the required features needed to successfully host and maintain a guild website, from communication, which we cover through forums for public and private conversations alike. Guild newsletter where guild masters can keep guild members informed about activities and other information and text/voice chat functionalities.

Rosters also help guild officers keep track of who is in the guild and what their jobs are, character profiles which help you to know your fellow guild members.
DKP tracking is also an important feature, as it helps in the management and sharing of resources after raids.

Guild hosting platforms will help you keep all your guild characters in check without much effort, if your guild is into E-sports, it can help you organize matches, and tournaments. Also, it is important in recruiting members, which is what keeps guilds going. Clan/Guild web hosting (Host a clan or guild website) is the perfect platform for you to host your guild site to enjoy a seamless gaming experience.